Billions of the people get on the bus each day and rely on the bus driver to safely take them to their destination…NOT ME. I’ve lived a semi-pampered/sheltered life during the last 10 years, which makes it hard for me to let go and let someone else be in charge of my environment. 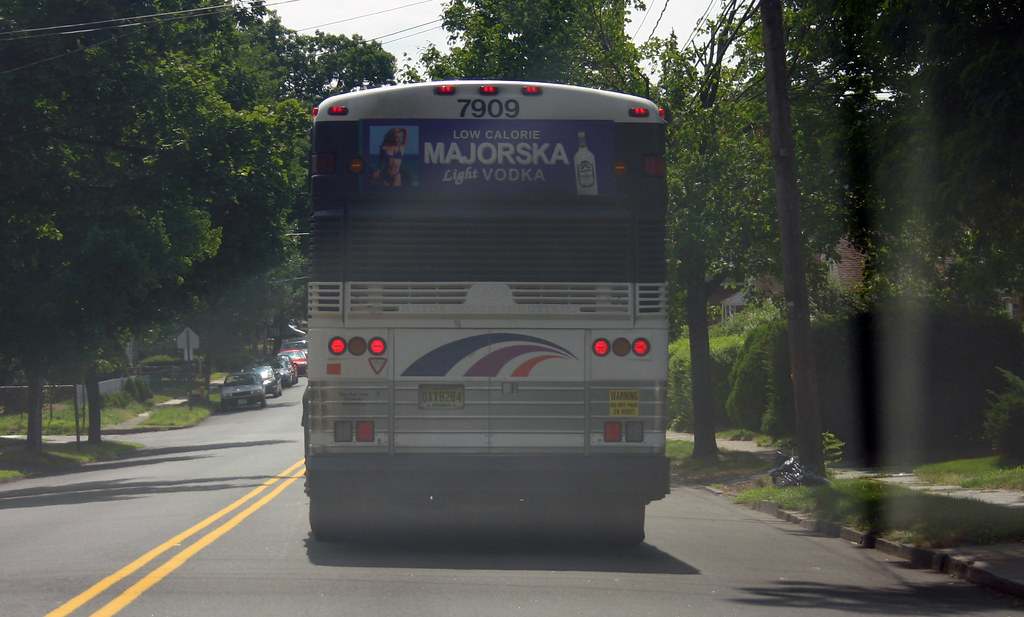 On Thursday I left home around 10 to travel to NY, via public transportation. As I was driving to the bus stop, I couldn’t get there as quickly as I wanted to because there was a bus in front of me. After being stuck behind the bus for about 2 minutes I finally realized that I was supposed to be ON that bus. I overtook the bus, sped to the next stop, found a parking space, and sprinted to the bus stop. Unfortunately I wasn’t quick enough to get on that bus and it sped right past me, leaving me to wait for the next one.

I sat at the sheltered bust stop type thing and patiently waited for the next bus, which came 20 minutes later. I boarded the following bus, but since I’ve never rode on a bus alone I didn’t know how much was the cost for round trip fare. I figured that a 1/2 hour trip shouldn’t cost more than $20, so I handed him the bill and said “round trip,” hoping that I used the correct bus-lingo. The driver (who looked very angry) took the money, stuck it in his shirt pocket, closed the door and kept driving…..while I stood there waiting. Was I supposed to get a receipt of some kind? Did it cost $20 to ride the bus? Why wasn’t this dude giving me anything back?

I took things in stride and spotted an open seat on the somewhat crowded bus. When I began to walk to the seat the bus driver slammed brakes and I went flying to the front of the bus. As I held on to the bar for dear life, the driver handed me my change with a yellow tag type thing, and murmured “have a seat.” I wasn’t liking this.

Now, I’m generally a nice guy, but this was going to be a long ride so I found 2 empty seats and sat down in the middle of both of them—an act that screams “I’M SELFISH, DON’T SIT NEXT TO ME.” At the very next bus stop, a guy who couldn’t stop coughing and sneezing boarded the bus. Guess where he sat?? Right next to the selfish, 1st-time-riding-public-transportation-in-his-life passenger. JUST GREAT!

The ride was full of coughing, sneezing, “excuse me’s” and “God bless you’s,” but luckily the bus arrived in NY half-hour later and my interaction with the sick passenger was finally over.

At the port authority I met up with my friend and she gave me a tour of the city, which included a trip to: the atrium of the Marriott hotel, Times Square, Grand Central station, Central Park, the HOT subway, and some other places that I can’t remember.

Now for the part that everyone actually cares about…the pictures: Some random homeless dude sleeping on the streets The elevator in the hotel…hotness Lights in the Marriott

Outside of the hotel I saw this car with 1 tall black guy inside. I knew that he was some sort of NBA Player, but I didn’t recognize his face Seconds later, a different color of the same car pulled out of the hotel garage. Inside, I recognized Spyda from “Streetball” on ESPN and “And1 Mixtape Volumes 5 & 6.” For anyone who’s wondering, the car is a Rolls Royce and it’s LONG. This truck toppled this car. The worst part was that this street is a 1 way and there’s no other way for the cars to get past. The car—Mercedes CL600…a $130,000+ car…somebody’s got some ‘xplaining to do. One of the horses that pull the carriages around Central Park. He looked very unhappy, but then again if you had to walk all day, everyday you would be unhappy too. This was random and I didn’t catch the point of why he was there.

All in all it was a good experience and I’ll do it again sometime soon…but next time I have to drive the bus and no one is allowed to sit next to me.