In preparation for my drive to Boston for my friend’s wedding, I organized everything for a flawless 6am departure.

Camera bag with lenses – check!
Fruit to eat in the car – check!
Laptop and other assorted electronics – check!
All set! Now it’s time to hit the road!

I drove to Boston, stopping at Tesla’s Superchargers along the way to recharge my battery powered car. At each supercharger, I had a haunting feeling that I was forgetting something important, but I quickly dismissed the paranoia.

Since I had the esteemed role of escorting the grandmother of the bride down the aisle, I was required to attend the wedding rehearsal. While practicing walking, I continued to feel like I forgot something, but I assumed it was relatively minor, like forgetting to pass my belt through the belt loop in the back of my pants.

Between the wedding rehearsal and the rehearsal dinner, I went to the Sheraton to check into my room. The lady at the front desk asked, “would you like us to bring your luggage to the room?” I replied, “sure!!” She followed-up with, “okay, where is it?” Hmmm… that’s a good question, where is my luggage?!

Suddenly, everything became blurry, the world spun in slow motion, and everything smelled like ketchup as the reality of the situation quickly became clear. MY SUITCASE IS SITTING IN MY LIVING ROOM IN NEW JERSEY!

I turned to the lady and said “OH NO! THIS IS A DISASTER” before sprinting out of the hotel to my car. It later occurred to me that since I didn’t give much of an explanation, she might have thought that I meant that the check-in process was a disaster.

I hopped in my car and sped away, determined to drive five hours back to New Jersey to get my luggage. When I called my mom to tell her about my brilliant accomplishment of forgetting everything, she spoke some sense into me. She wisely suggested that I buy everything I’d need for the wedding and save myself the agony of traveling to Massachusetts twice in one day. That lady is so wise…if only I had some of that wisdom at 6am when I left my suitcase behind. 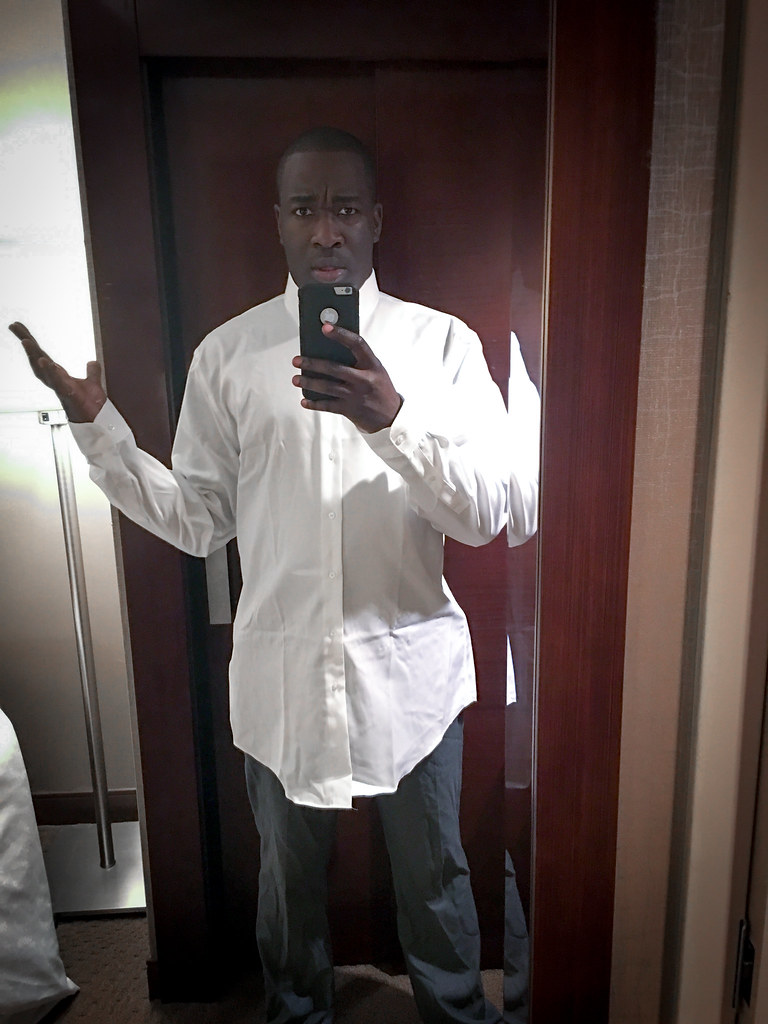 I rerouted myself to Macy’s and proceeded to buy everything I’d need for the next 24 hours. These items included a suit, tie, pocket square, shirt, undershirt, dress shoes, socks, underwear, razor, deodorant, toothbrush, and toothpaste. Then I went back to the hotel and tried everything on, only to realize that the shirt was too big, the shoes were too shiny, and the tie was too ugly. 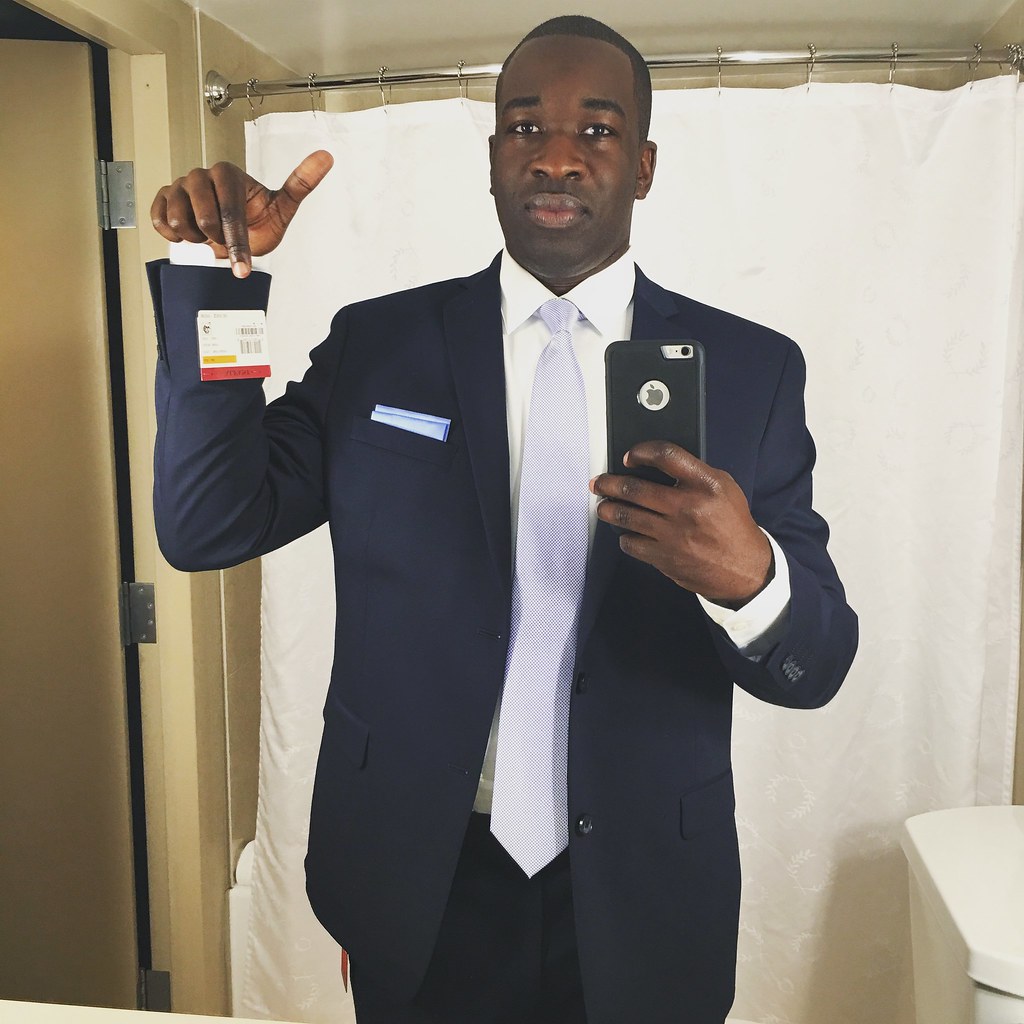 After returning these items to the store, I made better decisions the second time around and walked out with an outfit that worked. To add some extra uniqueness to the ensemble, I considered leaving the tag on my jacket, but that might have been seen as tacky in a wedding…maybe. 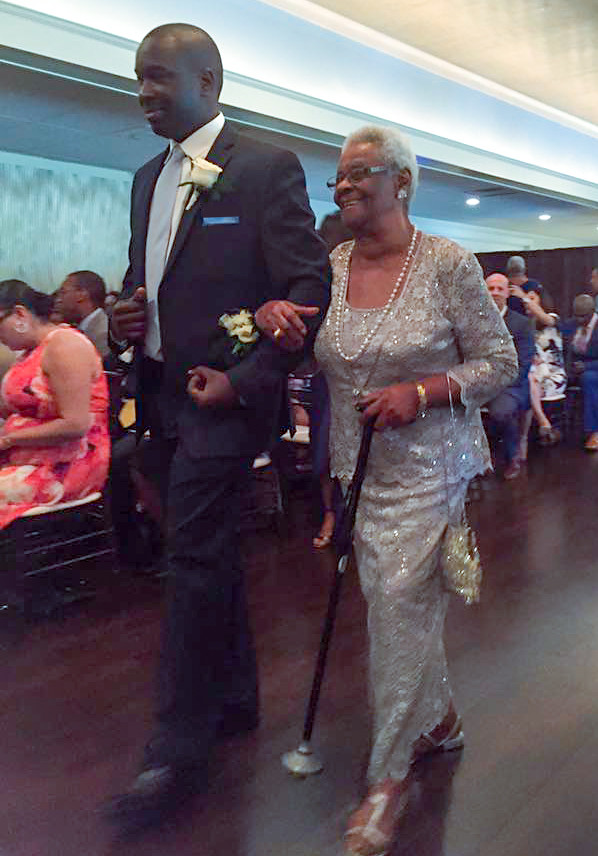 The next day, the wedding happened without any additional mishaps on my part. This allowed me to give my full attention to witnessing my two friends share one of the happiest moments of their lives.

After the ceremony, I began mentally preparing my wedding reception speech. Fortunately for the bride and groom, there wasn’t an “open mic/open speech” portion of the reception. That’s too bad because I was looking forward to starting my speech by proclaiming, “I BOUGHT NEW UNDERWEAR JUST FOR THIS WEDDING!”

Is this the real life? Is this just fantasy?