In 2012, I made an $80,000 online purchase for a product that didn’t exist yet. That product was a Tesla Model S and the entire experience was pretty nerve-racking from start to end. 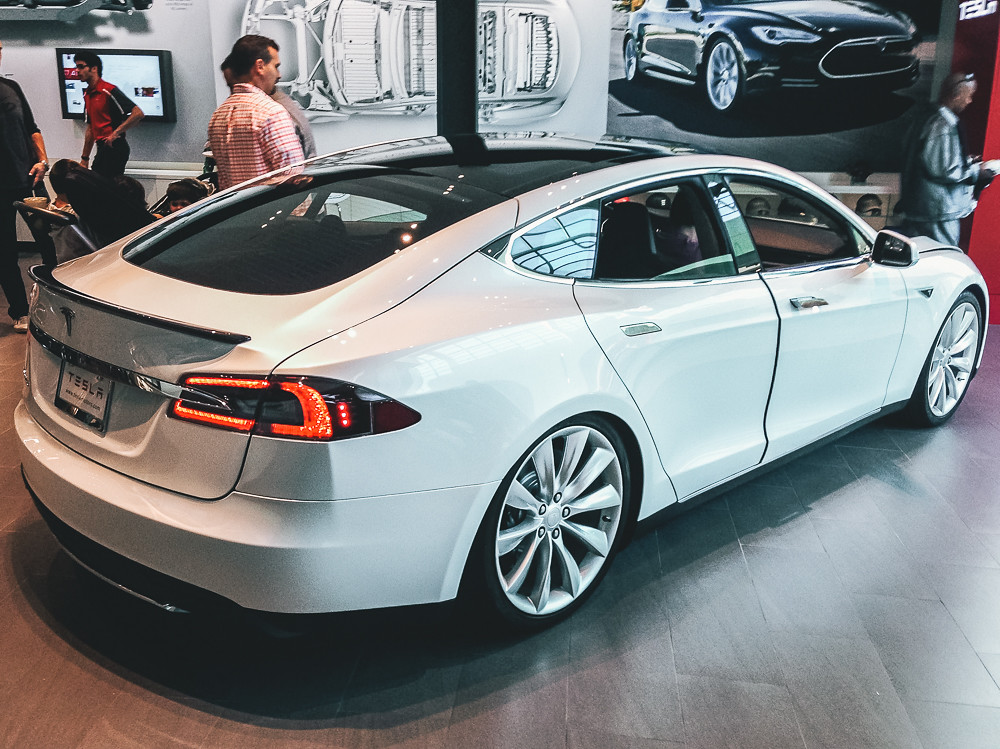 It all started when I was hanging out with my brother on June 9, 2012. We went to the mall and saw a car parked in the middle of a store. I thought, “who is the obnoxious person who parked their car here to show off,” but then I learned that a small American company was trying to promote their creation, a Tesla Model S. The car was one of the coolest cars that I’ve ever seen and I really wanted to own it. When I went to the sales rep and asked the price of the car, he said “$60,000.” I stared at him and waited for him to tell me that he was joking. He didn’t even crack a smile. Apparently he was serious. I made the “you must be kidding me” face and walked out of the store feeling offended—offended that he would quote such a ridiculous price for a car that was sold in a mall. The car didn’t even have an engine and they wanted $60,000?!

I left the mall and continued with my life, but I couldn’t stop thinking about the car for weeks. Since it couldn’t leave my mind, I knew that I had to try to make the car mine. I brainstormed and came up with six different ways to make it happen, but none of them would work because one of them involved a rich uncle that I didn’t have and five of them were illegal. 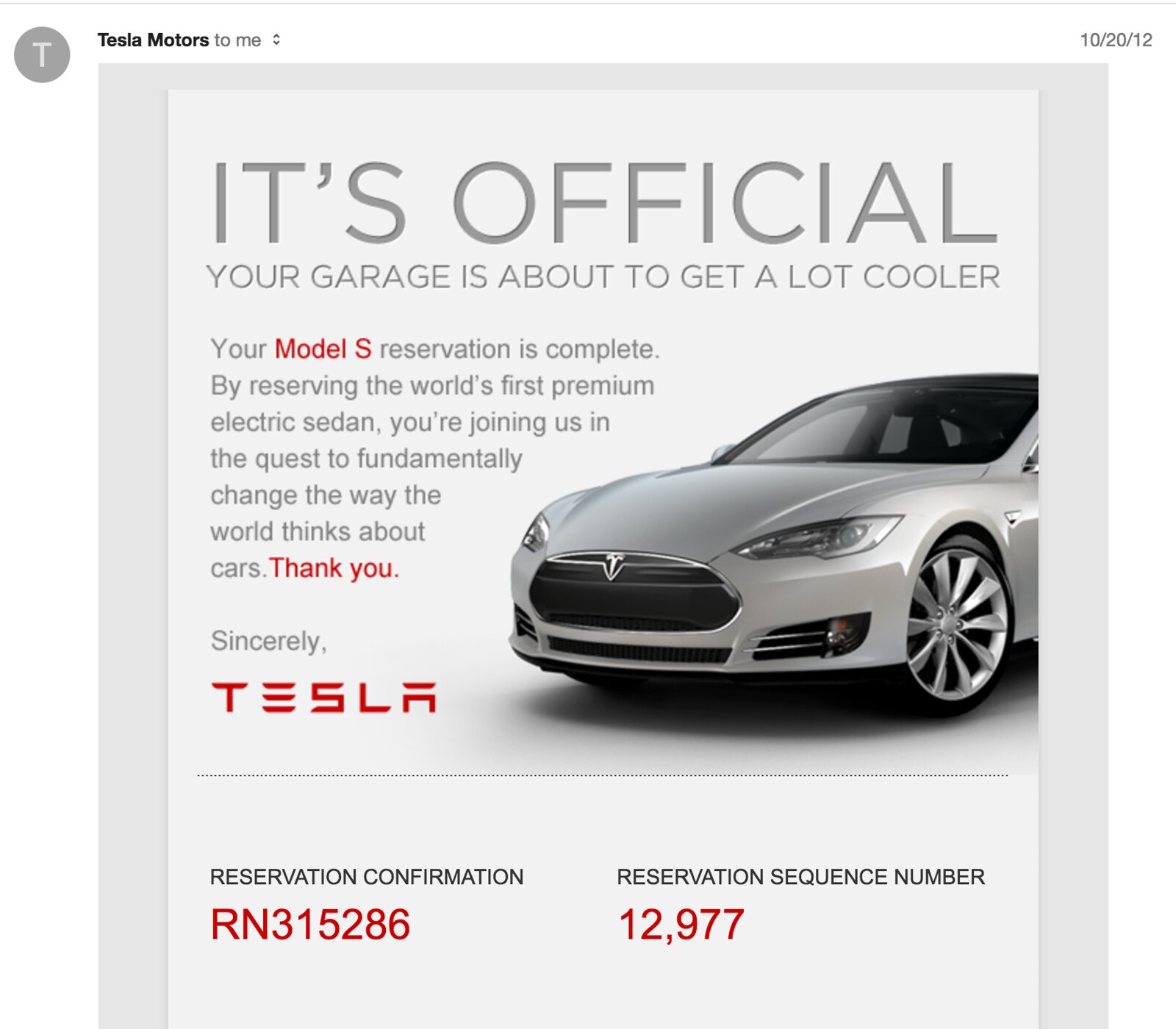 Instead of wasting time trying to figure it out, I took a step of faith and placed a deposit for the car. Tesla said that it wouldn’t be delivered until June, so I knew that I had time to figure out how to find $60,000. To make matters worse, at the time Tesla didn’t offer financing, so the only way to buy the car was to hand over a check for the entire vehicle price. When I checked my bank account, it didn’t have $60,000 in there, so instead of focusing on the facts, I ignored them because my faith was stronger than facts.

But it wasn’t all flowers and rainbows because there were times that I lost hope. I had six months to come up with $60,000 and from time to time I debated canceling the order. But whenever I doubted that I’d own the car, I scheduled a test drive and spent the entire drive picturing myself as its owner. This method motivated me and got rid of the doubt. By the end of 2012, I was excited because it was looking like I could actually make this work! 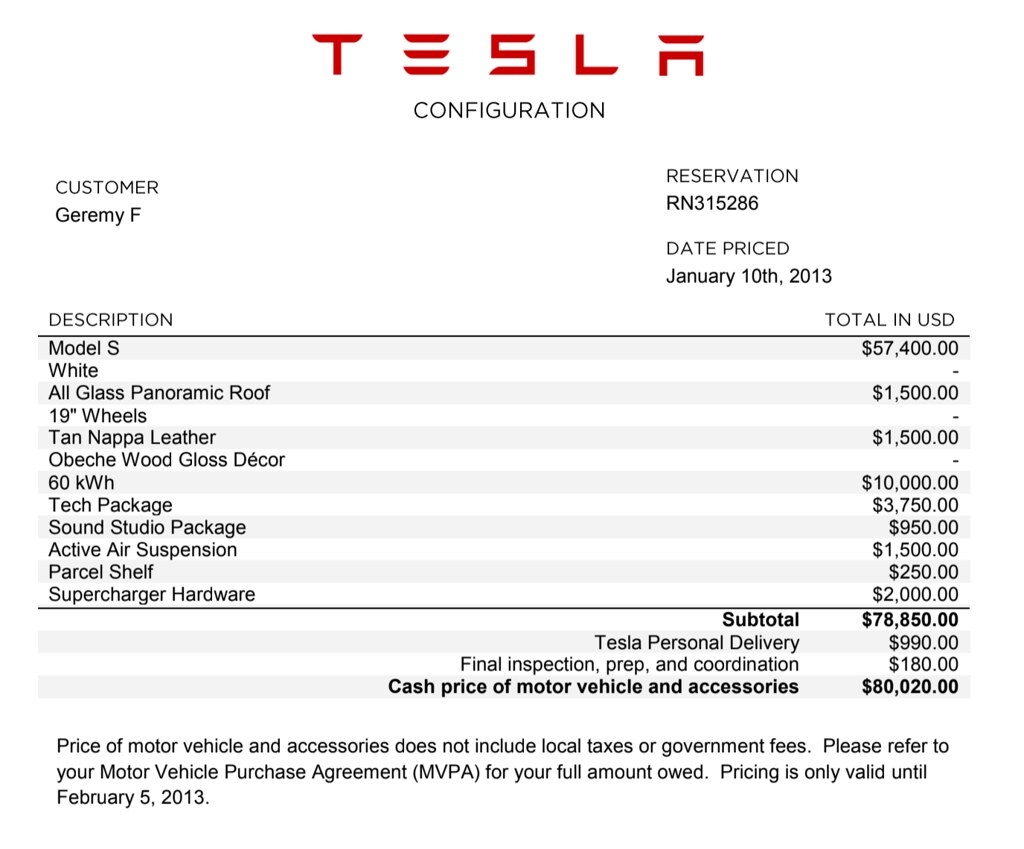 However, In January 2013 everything went wrong. All of a sudden, Tesla was running ahead of schedule and I was invited to configure my car in January instead of May. I chose all of the options that I wanted in the car and the total came up to $80,020. UMM…THAT IS TWENTY THOUSAND AND TWENTY DOLLARS MORE THAN I EXPECTED. Then a week later, I got an email telling me that my car will be built and delivered in a month or two. Then two weeks later they called me and said “great news, your car is on the delivery truck and will be delivered in a week!!” Firstly, that wasn’t great news, and secondly, where can I find $80,020 cash in a week?!?

I hung up the phone with the delivery specialist and called a bank to see if they were interested in financing the car. The first bank I called didn’t know what a Tesla was, so I spent 10 minutes explaining to them that a Tesla is an electric car that didn’t have an engine. They said that they don’t finance golf carts. I said “It’s not a golf cart, it’s a car…” They still didn’t understand, but they agreed to finance the entire cost of the car at a 1.49% interest rate. Two days later, they mailed the check to me and I handed it to Tesla when I picked up my car on February 19, 2013. I couldn’t believe that everything actually worked!!

This week is exactly five years after taking delivery of the Model S and it has been a phenomenal experience since day one. I’ve never struggled to make a payment at all and to this day, it is still the best purchase that I’ve ever made. It started as a dream car and I am happy that I was brave enough to take that initial step of faith.

Now it’s time to do it again…

A Mug Predicted My Future