I’ve realized that it’s really easy for kids to make friends. They simply walk up to another kid who is close to their age and say, “hey, do you want to be my friend?” All 200 times that I’ve seen this happen the kid has responded “yes” with a gigantic smile on his/her face as if they were asked if they wanted to meet an actual, real-life webkin. As I watched my kid brother play in the pool in Mexico I saw him go from knowing no one to knowing every 4-8 year old by simply asking “do you want to be my friend??”

The kids played for hours in the water and then one-by-one each left to get ready for dinner, but my kid brother didn’t want to leave the pool…ever. When I asked “are you ready to get dressed for dinner,” he would immediately derail my question with a question of his own. The best question he asked was, “do you want to see me hold my breath underwater for 15 minutes??” Gosh kid, are your lungs made out of teflon and filled nitrous oxide?! I’ve gotta see this!!

My genius brother jumped up, held his nostrils shut with his hand, closed his eyes so tight that his eyeballs probably retracted into his head, and went underwater. Five seconds later he jumped up out of the water with a look of triumph on his face. Then he said the most dumfounding thing ever, “FIFTEEN MINUTES…SEE I TOLD YOU!!!” 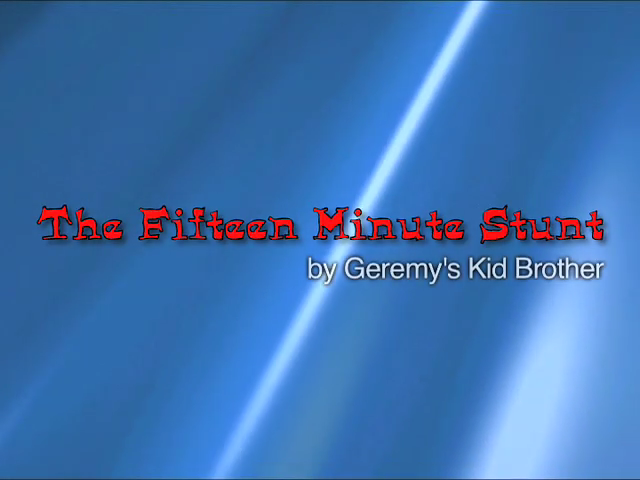