Five years ago, I boldly announced to the world that I will have my own Embraer Phenom Jet in 2015. Now that it we’re in 2015, where’s my jet?!?!?! Well, first let me share some background about what has happened and then I’ll explain the whereabouts of my jet.

In 2010, I was experiencing a traveling nightmare that left me stranded in North Carolina without a flight. While sitting in the uncomfortable airport chair contemplating my fate, the thought of owning my own jet to fly whenever and wherever I wanted crossed my mind. Initially, I thought that this goal was as attainable as a teenager marrying Mariah Carey, but then I saw that Nick Cannon achieved this goal so it proved to me that nothing is impossible.

I researched entry-level jets that only required one pilot (so I would only have to pay one pilot’s salary) and I came across the four-passenger Embraer Phenom 100, at the cost of about $3.5 million dollars. I then factored-in depreciation and assumed that I could get a pre-owned Phenom 100 for around $2 million in 2015. The cost still seemed huge in my mind, but I needed to see it in-person to make the jet seem more attainable.

I came across the company, JetSuite, which sold flights on their brand new Phenom 100 jets and the cheapest route that they had available at the time was Los Angeles to Las Vegas. I sacrificed meals, avoided Starbucks, and started buying “plus” gas rather than premium in order to afford the money that I needed to take the flight. Eventually in early 2011, I confirmed my flight and I went to California for the most exhilarating flight of my life.

I’ll admit, the flight was short. In fact, the time that it took you to read this far into this entry is about the same time it took me to board the flight and land in Las Vegas, but I didn’t mind because this was was the best $1,073.93 that I spent in my entire life. This experience filled me with hope and it made me feel like owning a private jet was within reach.

When I returned to reality, I immersed myself in the world of planes. One of my good friends is a pilot and he patiently answered every single question that I had about private jets. I would also disappear for hours and while my parents probably thought that I was running amok doing illegal things like smoking crack, I was actually parked at the airport watching planes take-off and land. Each time that I saw a jet, the goal seemed more and more attainable. Eventually, it felt like a common experience to see a private jet around me.

Over the next few years, I took a few additional flights on the Phenom 100 and loved it, but then an eye-opening moment came when I flew on the 6 passenger Cessna Citation CJ3 and I saw how cool it was to have more than 4 seats on a plane. That’s when I convinced myself that I should step-up my goal and get a bigger jet. Even though it was considerably more expensive, I liked the idea of having a plane to carry my entire posse without having to say “the three of you can’t go because I don’t have enough seats.”

I went back to the drawing board and set an even bigger goal to get an even bigger, faster plane! So I repeated the process again. First I mocked-up a photo of what my plane will look like, and then I started looking for ways to fly on bigger planes. I’ve since adjusted my goal to get a 8 passenger Cessna Citation X jet (or the equivalent— like a Hawker 850XP) by 2017 or earlier, and here is what it is likely to look like: 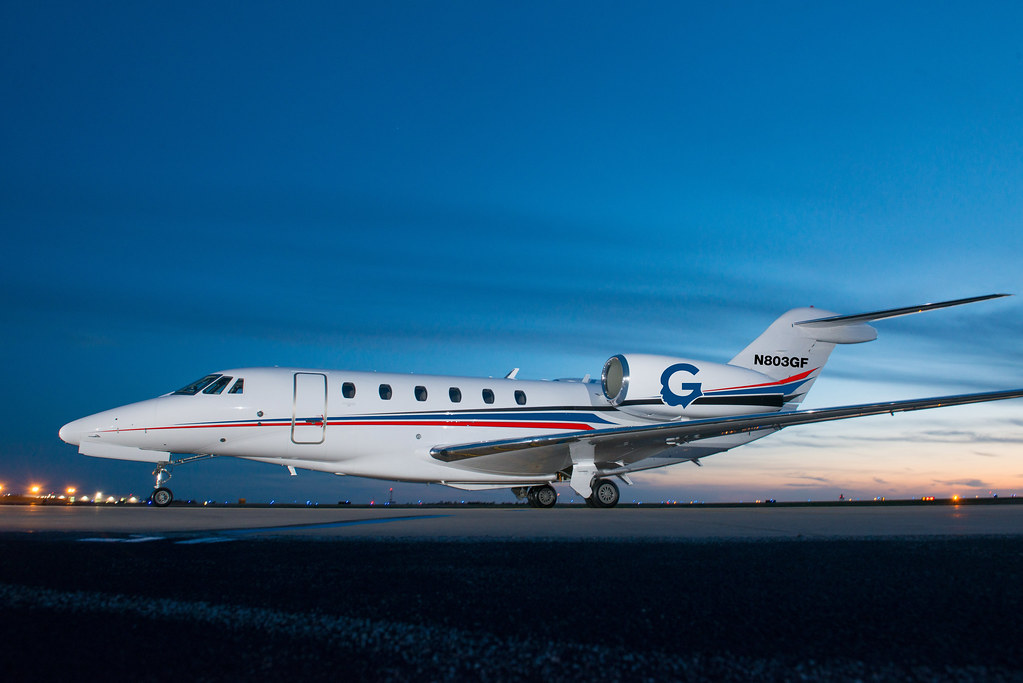 For the time being, I have been flying on larger planes to get used to the idea of traveling on bigger jets (and the expenses associated with it). Soon, this goal will be within arms reach and I will be within inches of buying my own plane. So as of right now, the goal has not been met, but it has been multiplied to a much larger goal that will definitely be reached!

One word of advice that I would like to share with anyone reading this: You shouldn’t be nervous to have a large goal and to share it with others. There will always be naysayers who will poo-poo your dream, but as the saying goes, “It costs nothing to dream and everything not to!”

She Graduated While I Suffered Pt 3